The Electric City Music Conference is proud to announce that Bret Alexander will be the recipient of this year’s “Life Time Achievement Award” at The Steamtown Music Awards. He will be presented with the award at our event in September at the 2015 Steamtown Music Awards. For more than two decades, Alexander has been perhaps the most respected person within the musical community of NEPA.

As a founding member of The Badlees, he served as the band’s principal song writer for 24 years, penning radio hits such as “Fear of Falling” and album gems such as “Luther’s Windows” and “A Place To Call Home.” As early as 1993, critics were calling The Badlees “Pennsylvania’s best band” and Alexander the “soul and the conscious” of the group. In 1995, he produced the band’s milestone album, “River Songs” at a small Harrisburg studio, and when the group was later signed to Polydor/A&M Records, the label opted to re-release the music exactly as Alexander had produced it, with no changes.

The Badlees “River Songs” tour, which lasted nearly two years, including shows with Robert Plant and Jimmy Page, The Allman Brothers and Bob Seger. A video for “Angeline Is Coming Home” starred Emmy Award winning actress Julianna Margulies and appeared on VH1. In 1999, The Badlees were signed to a second national recording contract, this time inking a deal with Ark 21/Universal Records, which was founded by Miles Copeland, who is credited with helping launch the careers of The Police and R.E.M.

His work has also been featured on national commercials, with MTV Books and on MTV and on the television broadcast of the Winter Olympic Games. It has also been included in several feature films. A gifted songwriter with the ability to create cinematic images within the lyrics of his songs . A powerful vocalist. An engaging guitarist and a multi-instrumentalist. They are all just a part of Alexander’s musical legacy. The other is the place that countless area musicians have spent countless hours. It is the place he produces records: Saturation Acres Recording Studio.

Over the past 15 years, hundreds if not thousands of solo artists and bands have recorded with Alexander at Saturation Acres. There, he helps shape their music, capture their songs, develop their sound and help them be the best at what they love to do most: make music. Alexander is not an engineer. He is a producer. He can help arrange a song, and if need be, he can play on it. He takes an artist’s own creative vision, helps bring it into to focus, and makes it better. For an acoustic album, his records come with a distinct warmth and textured moods. And his rock records sound just as big as any release from a major label.

His musical scope includes all genres and he has produced everyone from The Badlees to Pan.a.cea, from k8 to Ed Randazzo, from Eddie Appnel to Graces Downfall, from Dustin Douglas to The NonRefundables and from MiZ to Breaking Benjamin. Some call him a bandmate. Some call him a mentor. Some that he has produced affectionately call him “The Godfather.” And many within the NEPA music scene call him a friend. Today, we call him the 2015 recipient of our “Lifetime Achievement Award.”

And thanks for the music.

Exactly 10 years ago today, on September 9, 1999, Bret Alexander opened Saturation Acres Recording Studio. Since that time, he’s produced hundreds of artists — some of whom have gone on to have national success — and has had some of the most creatively fulfilling experiences of his life. And as he looks back on the past decade that he’s spent behind the mixing board, he says he’s not at all surprised that he’s still there, twirling the knobs and helping people make records.

“That is what I want to do,” says Alexander, sitting comfortably in front of the soundboard in the studio. “I’ve always wanted to do this. When we first started, I was a little surprised that it took off like it did — because it took off pretty quickly — and I’m actually pretty happy with where I’m at with it.”

Songwriter, guitarist, music producer, and solo-artist are just a few of the terms used to describe Bret Alexander. He is very much an artist living every musicians dream; to have their career be what they love; making music. Alexander shares his thoughts about scoring the film Everything's Jake, a novel approach to music, and what you'll find in his backyard.

The song that Alexander performed on The Stage was " I Want to Win In This World, which is on the independent film soundtrack for Everything's Jake. The film stars Ernie Hudson (of Ghostbusters fame) as a homeless man on the streets of New York City. The film will be released on DVD in the fall. Alexander explains the song "exactly as the title implies, how do you succeed in the world and be a decent person." 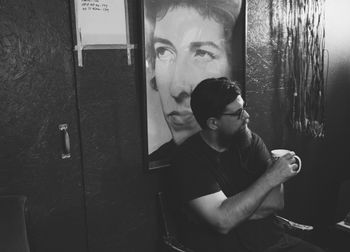 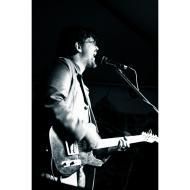 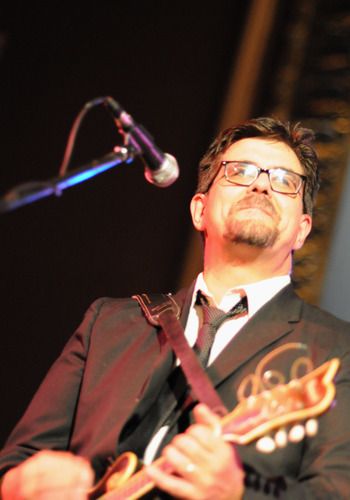 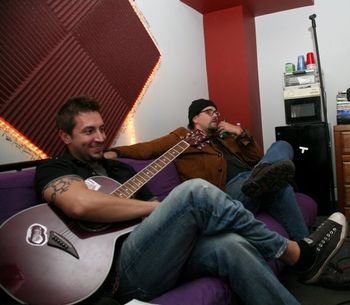 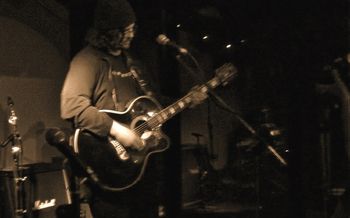 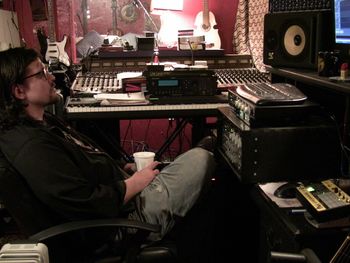 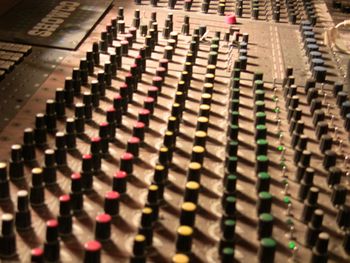 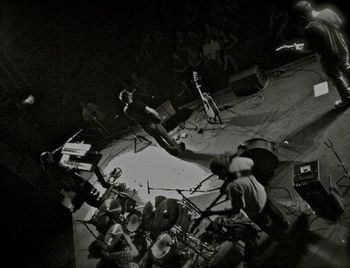 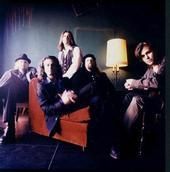 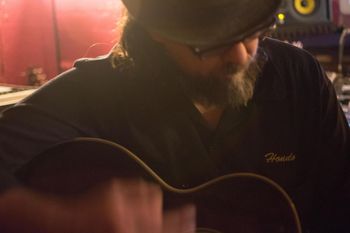 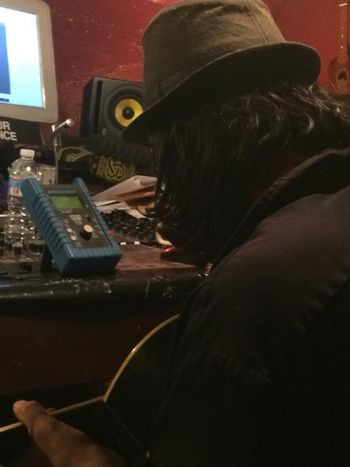 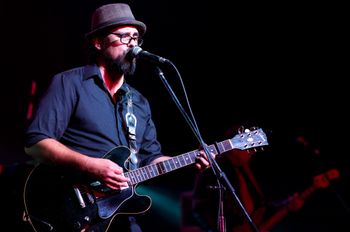 Live at The Whitaker Center 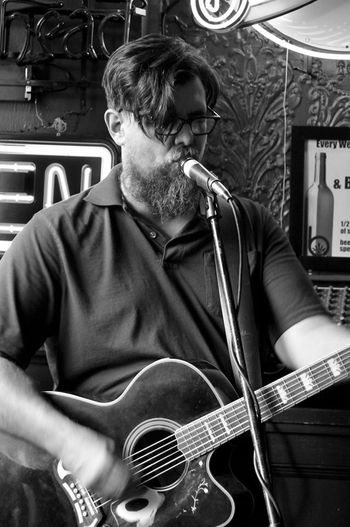 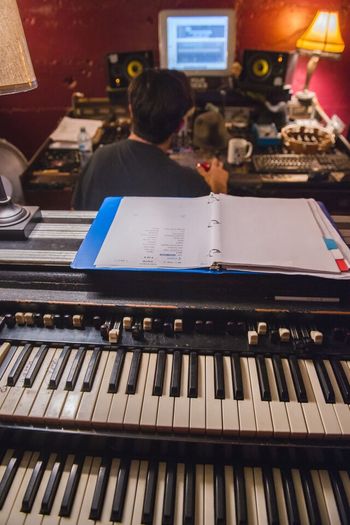 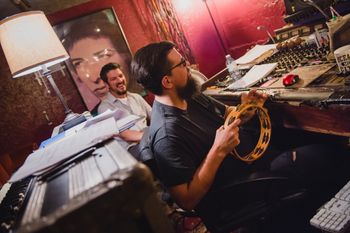 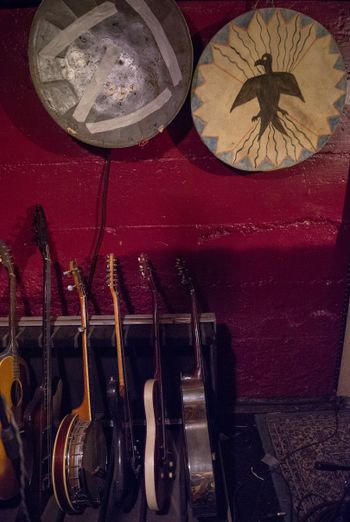 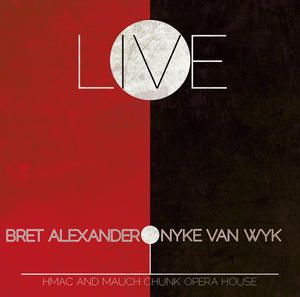